Changing your diet based on your occupation may seem like an odd concept. What does our diet have to do with our job? Well, probably a lot more than you would expect. What we eat profoundly impacts our overall health and wellness, and thus, our performance at work, which is especially true for first-responders due to the physical demand and environmental stress associated with these jobs.

However, it appears that the global rise in overweight and obesity, insulin resistance/type-2 diabetes, and risk of cardiovascular disease (CVD) is similarly reported among first-responders, such as firefighters, military personnel, and police officers. Did you know that heart disease causes more deaths among firefighters than fire fighting itself? Cardiovascular disease is a significant cause of morbidity and mortality in first-responders and there is a strong correlation between being overweight and CVD risk.

This unfortunate reality is likely the result of a whole slew of lifestyle and environmental factors that are often encountered in high stress occupations including chronic sleep disturbances, poor diets, and psychological stress. Addressing these concerns is critical for not only the prevention of future health outcomes and individual well-being, but because physical fitness in these individuals is a key component to public safety. Within these professions, it’s expected to be fit for service (e.g., search and rescue, carrying injured victims, running, climbing stairs, etc.) and based on the demanding nature of these jobs, a healthy lifestyle will undoubtedly benefit work performance. Based on present evidence, ketogenic diets represent a potentially powerful tool for weight reduction, performance resilience and improving health outcomes in high-stress occupations and first-responders.

What is a Ketogenic Diet and Can it Help Improve Health Outcomes in First Responders? 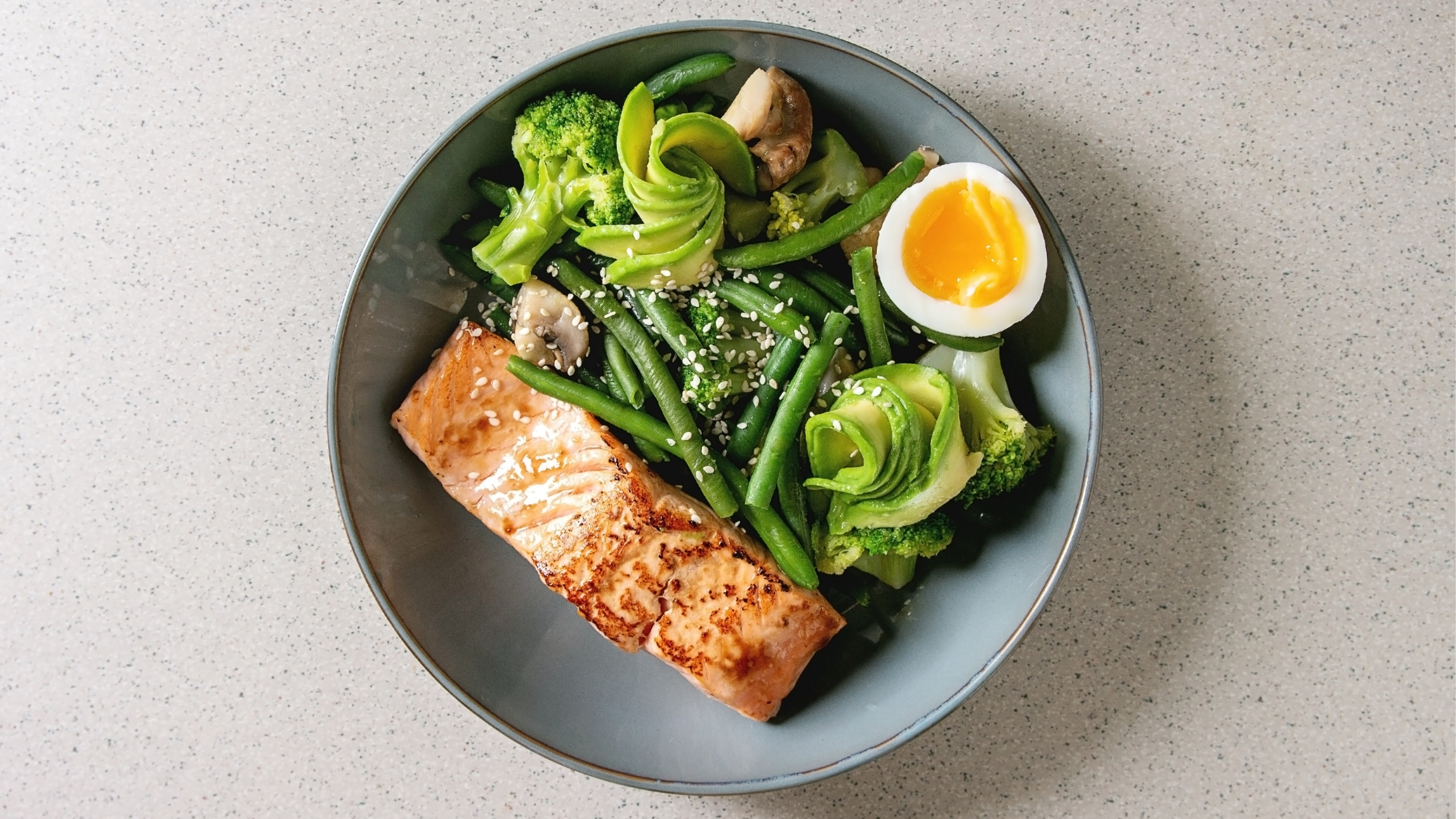 As many of you may already be familiar, a ketogenic diet is a very low carbohydrate diet (typically below 50g/day) that provokes the “metabolic switch” that diverts our metabolism away from burning mostly sugar, and towards fats and ketones. This latter state is referred to as nutritional ketosis, defined by an elevation of blood ketone levels (beta-hydroxybutyrate (BHB) at or above 0.5 mmol/L). Ketones are a product of accelerated fat-burning to fuel the brain, heart, and other tissues when glucose availability is limited. Ketosis also serves as a survival mechanism to prevent muscle from being broken down to glucose, thereby sparing lean mass in the face of starvation or a calorie deficit.

Ketosis is, at large, controlled by the hormone insulin, which responds to changes in blood sugar levels. By removing carbohydrates from the diet, we effectively lower blood sugar and insulin levels, which can promote both fat loss and long-term improvements in insulin sensitivity. Maintaining a healthy body weight, as well as insulin sensitivity, are critical components to reducing the risk of CVD and other chronic health disorders, and ketogenic diets are an effective treatment for obesity, insulin resistance, and several other metabolic diseases. In professional firefighters, 28-days on a very-low-carb diet led to fat loss (~2.4 kg), improvements in markers of cardiometabolic health, and improved physical performance. These results not only are impressive in terms of health outcomes, but also suggest that firefighters will adhere to carbohydrate-restriction. Some of the benefits of a ketogenic diet can be recapitulated with exogenous ketone supplementation. For example, exogenous ketones consistently show a reduction in blood sugar levels, which could lead to metabolic health improvements.

Practically, ketogenic diets are conducive to busy lifestyles (and careers) where there isn’t always a time to eat. Many people report better appetite control and satiation on ketogenic diets. This is why a ketogenic diet can be so effective for weight loss, because it supports a caloric deficit, often without intentionally reducing food intake. But, notably, when we’ve been sugar-burners for most of our adult lives, we can, in a sense, lose the ability to burn fat efficiently, and our energy is often tied to frequent feedings and carbohydrates. A ketogenic diet can help improve how well our cells burn fat, which in turn improves metabolic flexibility. Training your metabolic flexibility can allow you to comfortably go long periods of time without food, whilst still performing cognitively and physically at high levels, and maintaining energy levels. It’s almost like unlocking access to a whole new fuel source that doesn’t rely on constantly eating to keep blood sugar stable. This has immediate implications for those who work on call in response to emergencies and shift-work.

Speaking of going longer periods without food, in a recent study, professional male firefighters followed a time-restricted feeding (TRF) protocol for 7-weeks with daily fasts of 14 to 16-hours. The subjects used the fasting app Zero to log their daily fasts. The purpose of the study was to evaluate the effects of TRF on fitness and performance measures. The results showed improvements in fitness variables while maintaining body composition, endurance, power, and strength in trained subjects. In contrast to previous findings, TRF did not lead to a reduction in caloric intake or fat loss. It’s possible that a ketogenic diet combined with TRF would better synergize for weight loss due to the simplicity of TRF and the satiety and appetite control often reported with ketogenic diets.

The Advantages of Keto Beyond Metabolic Health

Not only are there obvious metabolic health benefits to a ketogenic diet (weight loss, better glucose control, lower insulin, etc.), but due to the potentially dangerous and high-demand nature of these professions, a ketogenic diet may be protective against the acute and chronic stressors. For instance, ketones may offer neuroprotection against brain injuries (e.g., traumatic brain injury, concussion, etc.) and harmful gases, defense against oxidative stress, improved cognition, and potentially help reduce anxiety.

High stress occupations often involve exposure to chronic stressors – physical, psychological, and environmental stress – that can lead to increased cellular stress (oxidative stress) and inflammation. Poor metabolic health alone can contribute to these manifestations, but in regard to high-stress occupations, sleep disturbances, circadian disruption, exposure to environmental chemicals, among others also can exacerbate the problem. When chronically elevated, oxidative stress and inflammation can contribute to the onset of several diseases and notably, increase the risk of heart disease.

Ketone bodies have been shown in multiple studies to lower oxidative stress by increasing the expression of stress resistance genes and upregulating endogenous antioxidant defense systems. Additionally, the ketone bodies may dampen inflammation indirectly by lowering oxidative stress, and directly by interacting with the immune system and preventing the release of pro-inflammatory markers.

First responders and military personnel may encounter dangerous situations that put them at risk for head injuries such as concussions and traumatic brain injuries (TBI) which can have long-term cognitive damage. A blow to the head can cause a metabolic cascade that increases the production of reactive oxygen species, mitochondrial dysfunction, and reduced brain glucose metabolism. Ketone bodies offer an alternative and immediate fuel for the brain under metabolic stress, support mitochondrial function, and as previously mentioned, can help combat the generation of oxidative stress.

In addition to physical injuries, these occupations may also be exposed to toxic environmental chemicals that promote cell damage. Results from our lab suggest that ketone bodies may provide neuroprotection from harmful gases, which is highly relevant to first responders and military personnel. 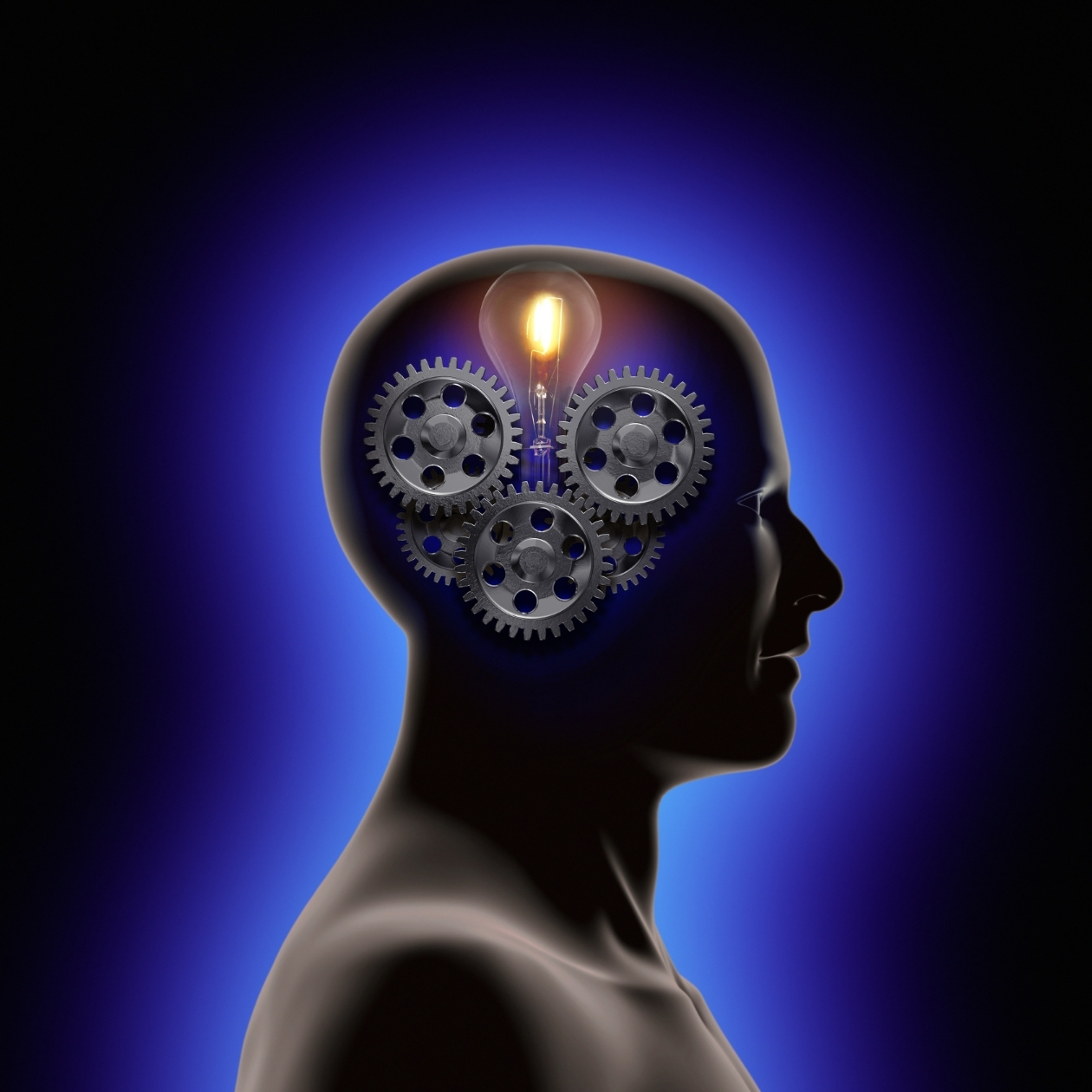 Decision making, making tough calls on the spot, performing under psychological stress – these are all characteristics of high stress occupations, but they are not always easy when we are sleep deprived and hungry. As already mentioned, ketosis unlocks a more reliable and sustainable fuel that allows us to function without food, and the brain loves ketones. Many people report feeling highly focused and mentally clear in a state of ketosis. In several studies, ketogenic diets and ketone supplements have shown to improve cognitive performance in the cognitively impaired. Ketones may provide the mental energy these individuals need on the job that could be missing in a less metabolically flexible state (high-carb diet). In addition, in our earlier studies, we have shown that ketone supplements reduce anxiety behavior in our animals, making them more calm. In high-stress situations this would have obvious advantages that would result in better decision making.

All in all, a ketogenic diet and ketone supplements may offer high-stress occupations and first-responders an improved level of performance, resilience that no other diet can offer, because the benefits of ketosis extend far beyond weight loss.

Keto vs. Whole30: How the Two Diets Compare